What a wonderful afternoon we had today! Princes and princesses, dukes and duchesses, courtiers and soldiers turned out in their finery. The hall was bedecked in red, white and blue, as were many of the staff and parents of the PTFA, when the children came out on parade around the playground. 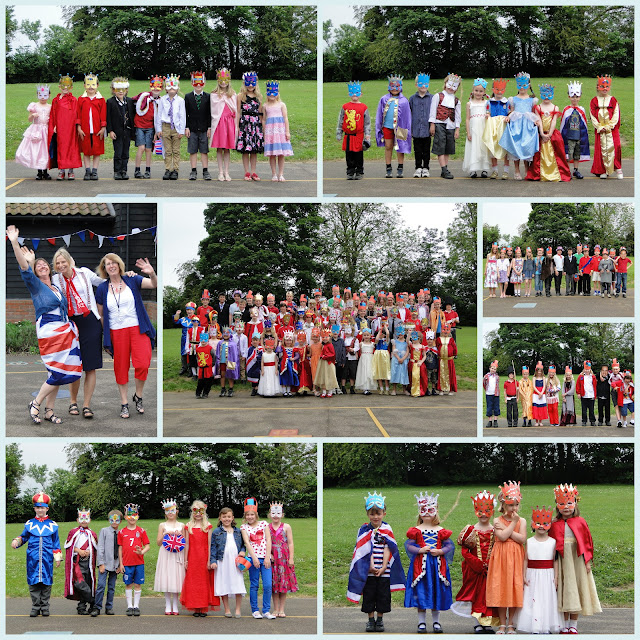 After a rousing chorus of God Save the Queen, we settled down to watch the Queen's coronation. Following the pomp and circumstance which befitted the occasion, we began some celebratory games, including Queenie, Queenie, who's got the ball?, Pin the crown on the Monarch, Royal statues and a Jam Tart Relay. 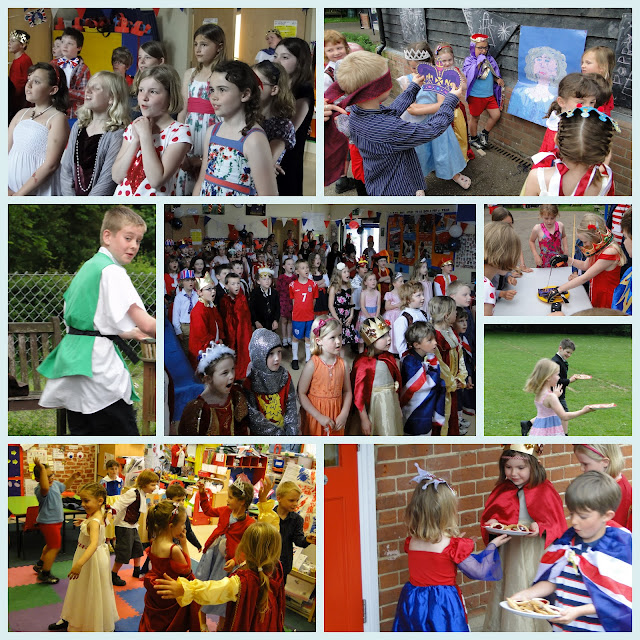 True to form, the British weather tried to dampen our spirits, but with a stiff upper lip we did what Brits have always done - reverted to plan B!

Some fantastic singing, including a performance of the Jubilee Song, Sing, composed by Andrew Lloyd Webber and Gary Barlow, gave us a respite from the worst of the weather. We then continued our games indoors. 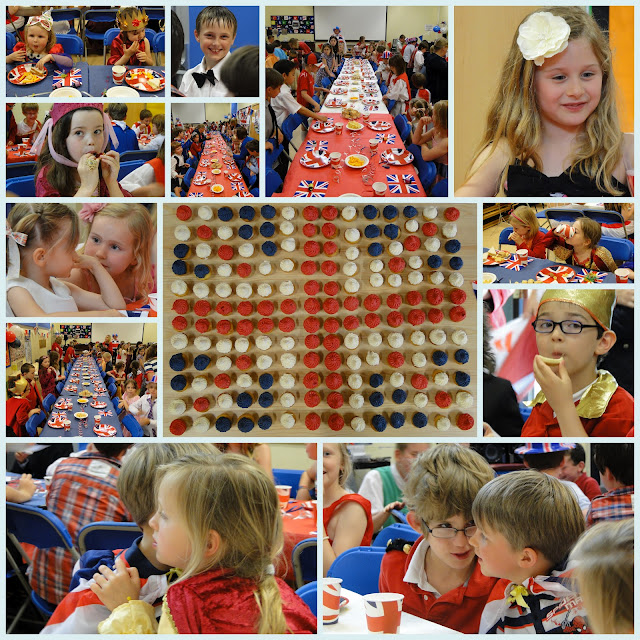 Returning to the hall, the children were awed by the transformation. Thanks to the amazing efforts of the PTFA, the tables were lined with red, white and blue cloths, plates and napkins and a wonderful display of cupcakes in the form of the Union flag dominated the front table.
After a toast to the Queen, cucumber sandwiches, jam tarts and jelly were served to the ravenous hordes, who quickly demolished the lot. 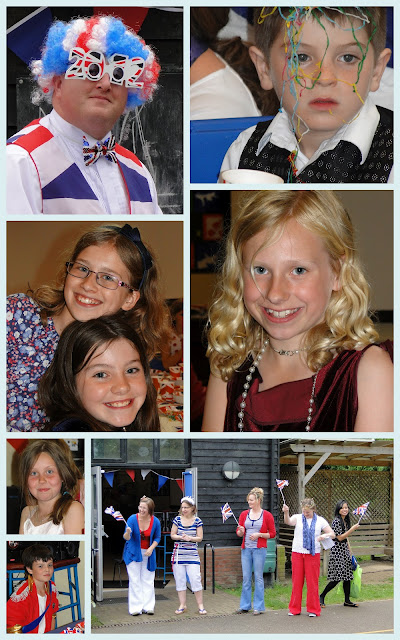 The smiling faces show just how much the children enjoyed the afternoon, and I am sure it will be something that they will remember always.

As with all events of this nature, without the hard work and efforts of the organisers it could not have gone ahead, and we owe a huge thank you to all the members of the PTFA who baked, served, washed, cleaned and tidied, and waved their flags vigorously to help us celebrate the Queen's Diamond Jubilee.