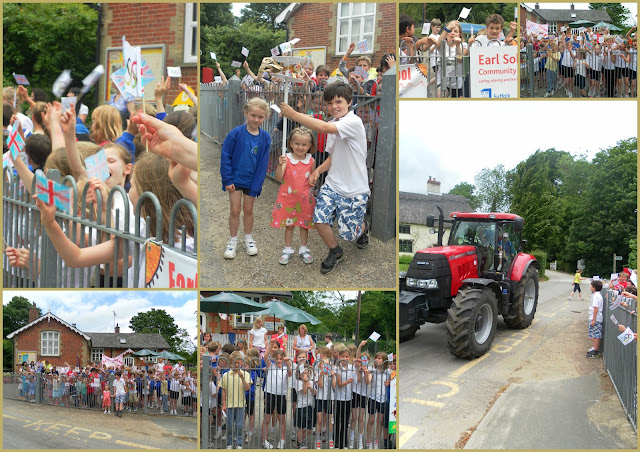 This afternoon there was great excitement as the TMHS pyramid Olympic Torch Relay set off from Easton Primary School. The whole of Earl Soham, plus Year 3 & 4 from Eastom were present to see the torch handed over (to our youngest and oldest pupils) in style, having been delivered by what can best be described as a very large red tractor! The torch (see below) was designed and created by pupils at Easton Primary School. Over the next few days, the torch will be transported to Charsfield, Dennington, SRH Framlingham and finally ending up in Wickham Market on the 'official' torch day - Thursday 5th July. 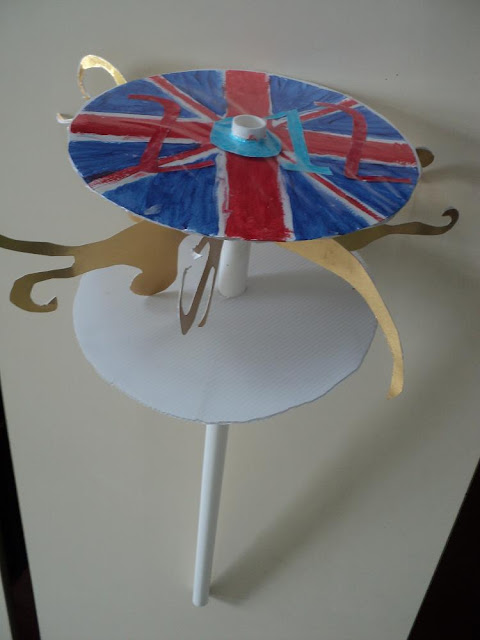 There followed an afternoon of sporting activities between the Year 3 and 4 children from both schools which appeared to epitomise the true Olympic spirit. 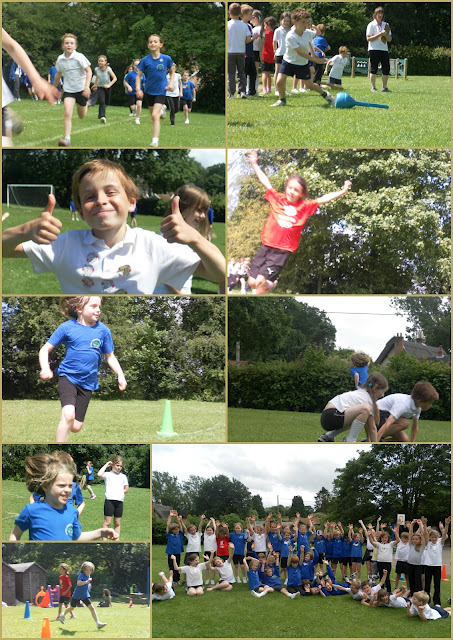