This morning, the rounders team set off to Hartismere High School, Eye, to defend our title for the small schools Rounders Tournament. Last year we had come joint first, and this year we were determined to bring back the trophy.

We played a total of five games, against Wilby, Wortham, Dennington and Gislingham 1 and 2. The children played superbly, quickly sussing out the strengths and weaknesses of their opposition and playing a tactical game. Thanks to some excellent rounders and lots of half-rounders, we came out of each game we played victorious, often getting so many of the opposing team out that they ended up with a negative score. Some wonderful bowls, throws and catches from bowler, backstop and 2nd base, meant the other teams had little chance to score. 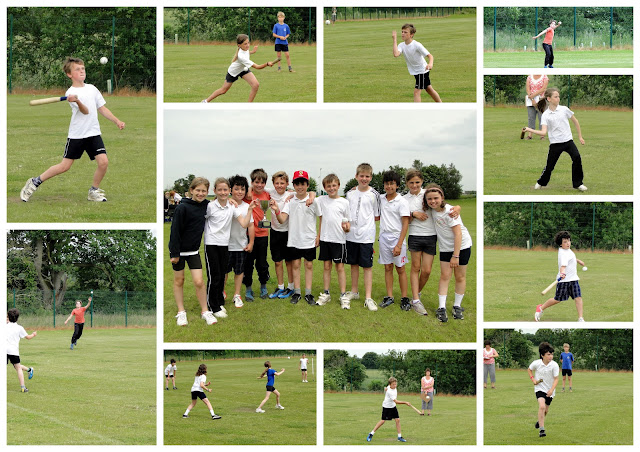 I was so proud of all of them when it was announced that they had won the tournament by a very convincing 12 points. Unfortunately, the school who had the trophy last year (and never passed it on to us, despite being joint first!) were not represented this year, so we were not able to bring the trophy home with us. I am assured, however, that we will receive it shortly. Maybe it will give us time to buy a trophy cabinet to house it in!
Posted by Unknown at 19:18