Suffolk Sports Awards - Primary School of the Year - Runners Up 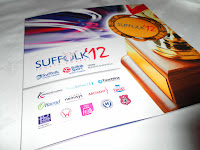 Last night saw a group of Earl Soham staff attend the 2012 Suffolk Sports Awards at Trinity Park. It has been an exceptional year for the school both in terms of success and opportunities in many sporting arenas.
Reaching the final three schhols was a tremendous achievement which is a fantastic recognition of the efforts which staff, pupils and parents have put in to providing, participating in and supporting such a variety activities.
This year's winners were St. Louis Roman Catholic Primary School, Newmarket. Below you can see Mrs Barker, who has been such a driving force behind sport at Earl Soham, with our runners up award. 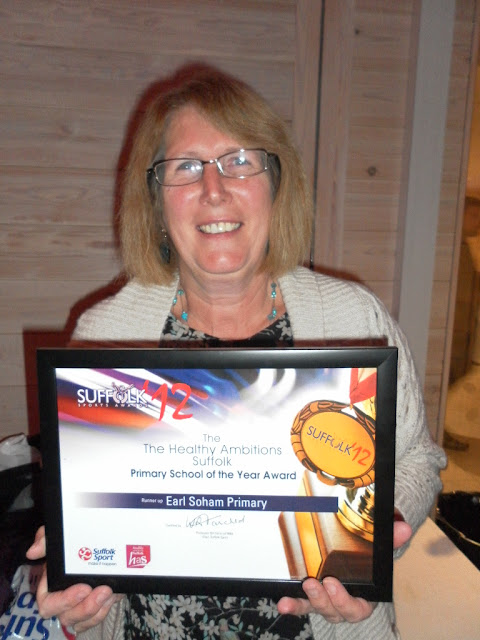