The year six pupils took on the parents on Thursday afternoon in a thrilling game of netball. The parents won the game, but their height advantage may have had something to do with that! 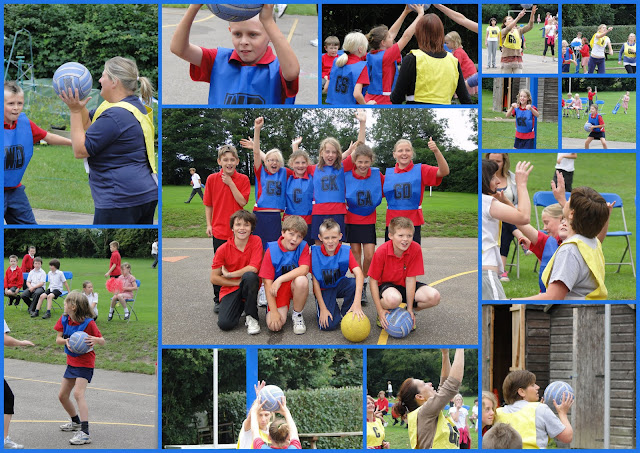 The year six match was followed by a match between staff and parents. I am very pleased to report that the staff held their own and won the game 7-3.
Posted by Unknown at 15:49