On Tuesday 27th April 10 pupils from our netball club set off to Thomas Mills High School to take part in the area netball tournament along with 10 other small schools. 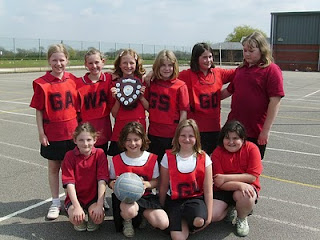 During a beautiful sunny morning the team won all 4 of their group matches and so proceeded into the semi-final. This proved to be a very hotly contested match, against Hoxne, who they had already narrowly beaten in the group stages. The match was tied at 1-1 at full time so extra time was played, Earl Soham scoring the only goal in this period.


So to the final - versus Wortham - a team who have never appeared in this competition final before, but who impressed everyone with their shooting ability throughout the morning.

Through excellent all-round play and teamwork Earl Soham were victorious by the narrowest of margins 2-1. 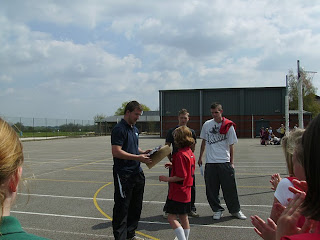 Well done everyone, including Ally and Jennie for coaching.