Day two began with a hearty breakfast and quite a few yawns. After breakfast, however, the teachers fell ill with Typhoid, Cholera and Amoebic Dysentery. The children were given the task of solving various problems throughout the day in order to find the medicine to help them to a full recovery.

The group divided up to hunt for their dinner with bow and arrow. Since shooting animals was against health and safety regulations, they resorted to shooting balloons and winning their cutlery for dinner. 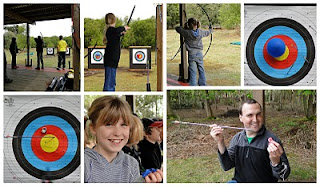 The next activity involved building a bridge to reach the key to the medical box which had been lost in a flood during the rainy season. The children had to work as a team to construct a bridge that would bear their weight. 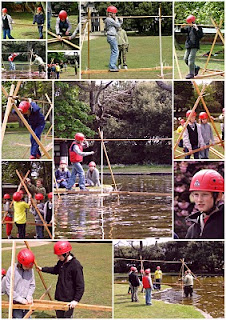 Finally, they faced the dangerous task of ridding a minefield of the deadly landmines that had been placed there following the attack on the village. The children split into teams, using metal detectors, brushes and magnets to discover, expose and disarm the mines. 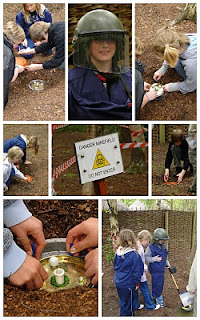 I'm pleased to say that all the groups managed to work out where the medical boxes had been hidden and save the teachers from their terrible illnesses.

We finished the day on the beach, making the most of the beautiful weather.

Mosuwe signing off.
Posted by Unknown at 18:45