After arriving safely, shortly after 10am, we stowed our bags in the library and began some team games. These helped us all to get to know one another a little better and showed us all the importance of listening to one another's ideas and following instructions from an elected leader. 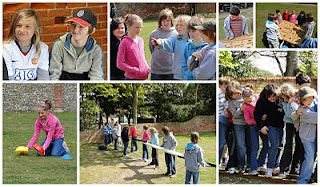 We had a break for lunch in the camp kitchen and then began our afternoon task by exploring the site. We were told that we were an emergency relief team and had to try and work out what had happened to the African Village. 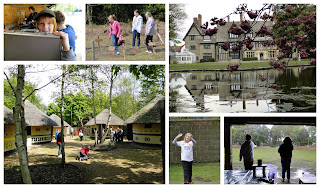 We used our explorations to begin putting together a map made of natural objects that we gathered from around the site.
This was interrupted by a torrential rainstorm (must be the rainy season!) so we retired to the sports hall for some more team games and came back to our maps once the weather had brightened up. 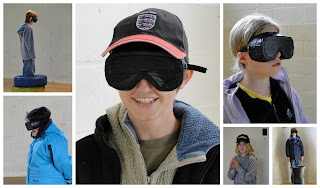 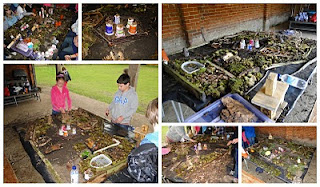 Once a winning map had been chosen, we headed back to Sizewell Hall for a well-earned dinner, which was followed by a quiz.
It has been a busy first day, but we have all had fun and are looking forward to some more exciting activities tomorrow.
Mr Mansell (or "Mosuwe" - my African name) signing off.
Posted by Unknown at 19:05