This week the school council's hard work led to their first fundraising event: the Pop-Up Café. Following kind donations of cakes and biscuits from parents, and some diligent baking from pupils during the day, the doors were opened to paying customers, who were invited to take a seat and be served by the year six pupils and members of the PTFA. Drink orders were taken and plates given out. Customers were then asked to make their selection from the mouthwatering mountain of confection in the centre of the hall. It was hard to know what to choose, there being so many delicious-looking options. 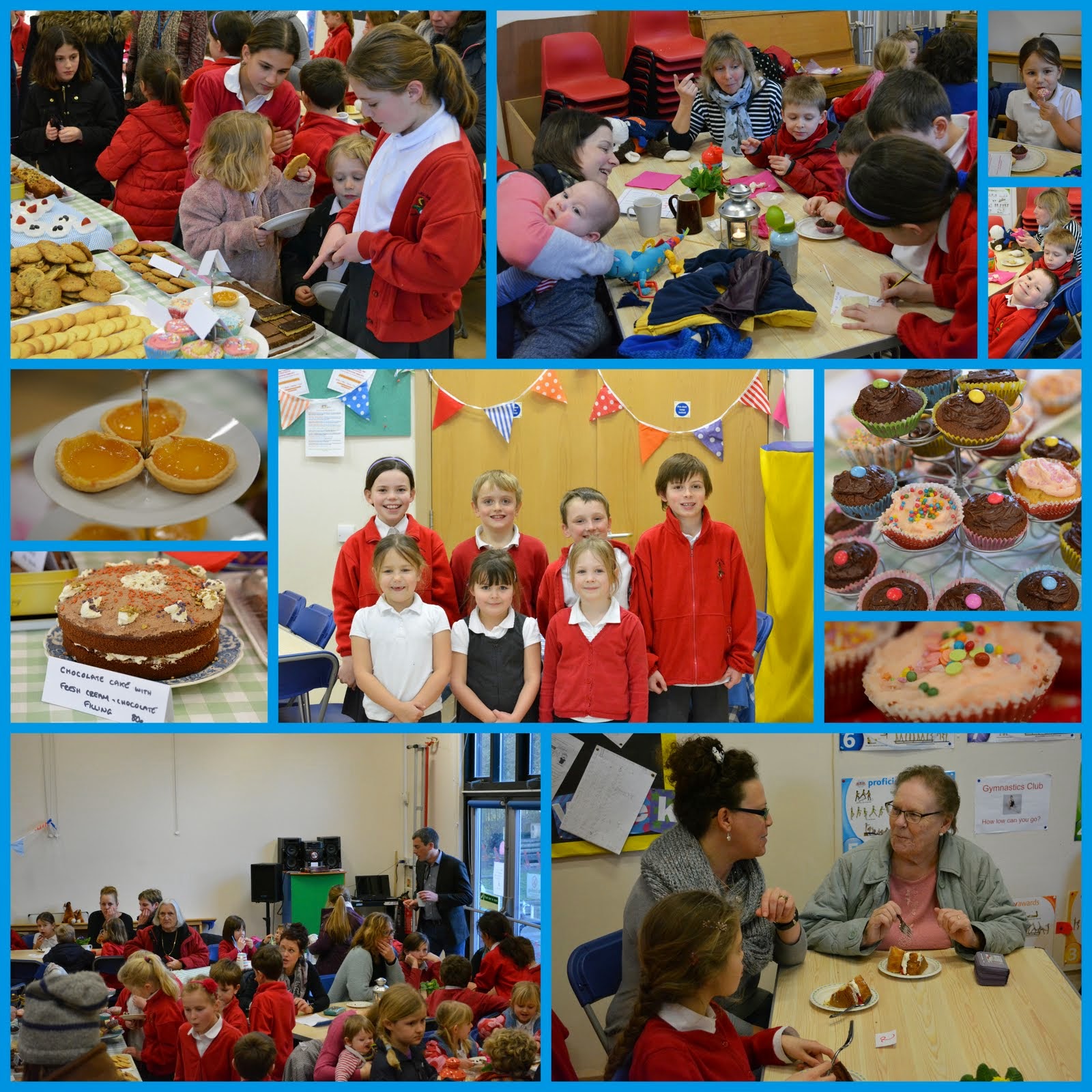 The hall was heaving with people, and seats were soon full. A happy buzz spread through the assembled patrons, and money flowed almost as quickly as the tea and pink milk!

After some careful counting it can be revealed that the children raised a magnificent £220. UNICEF and Cancer Research are to be given 10% each of the money raised, with the remainder going towards the painting of the train - one of the chairperson's manifesto pledges. Who says politicians don't keep their promises!

A huge well done to the school council for all their hard work, and a big thank you to the PTFA for supporting them in the organisation and serving of drinks.
Posted by Unknown at 19:39