Following last week's attempts to build a giant pyramid out of shoe-boxes, we drew on our new-found expertise this afternoon, and attempted to build some rather smaller, but no less impressive, pyramids out of custard creams.

We began with a 'dry run', stacking our biscuits to form pyramids, then mixed up our 'mortar' (buttercream icing) to stick it all together. 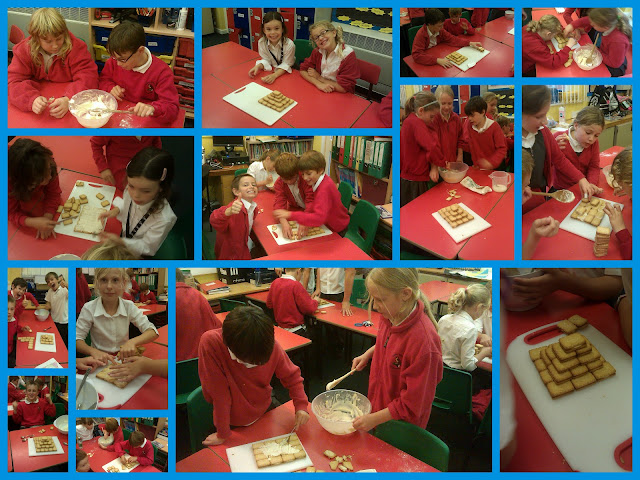 Of course, the most satisfying thing about making pyramids out of custard creams is eating them immediately afterwards! Thankfully, there was just enough time to grab a photo of each finished pyramid with its creators, before they were demolished. 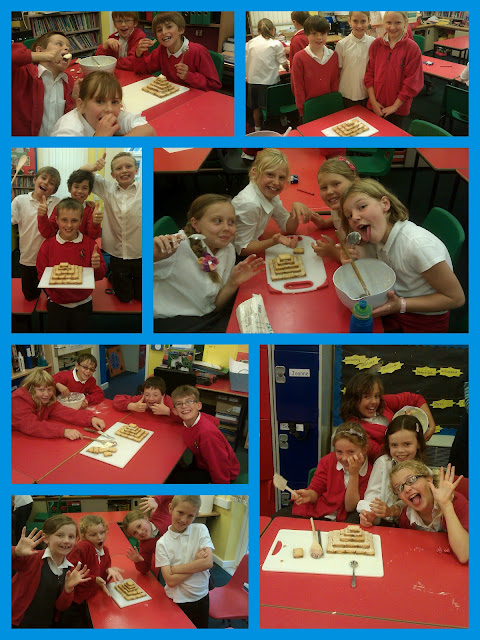