Earl Soham traveled to Sir Robert Hitcham's Primary, Debenham for an end of year friendly fixture. The girls started off quite anxiously, worried about the size of the school and the height of the opposition. A closely fought first game saw the hosts run out victorious 4 - 0. Credit must go to Debenham who played some fine netball in a very sporting manner.
Having learnt for their mistakes and realised that they were a match for the home side, a revitalized and refreshed group of players took to the court for the second match against a home side who had made many changes. In this match, Earl Soham were simply insatiable. The netball was fast and furious, with good passages of play being exhibited by both sides. With accurate shooting, stout defending and energetic play all-round, Earl Soham were this time the victors, winning 7 - 0. This was thoroughly deserved and goes to show how far you've come as a team - well done! 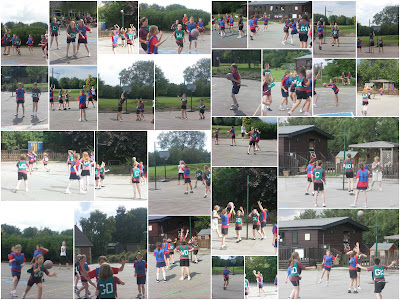