This afternoon, after a series of good displays, Earl Soham secured fourth place in the Small Schools' Unihoc Tournament at Debenham Leisure Centre. 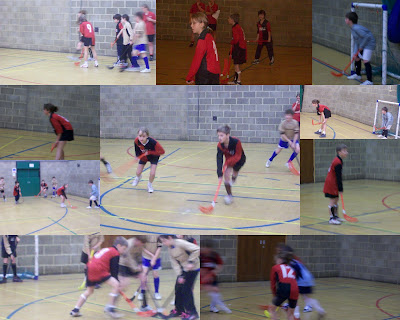 Results in the leagues stage were:
Occold 0 Earl Soham 2, Stoke Ash 1 Earl Soham 0, Worlingworth 0 Earl Soham 1 and Helmingham 2 Earl Soham 2.
This saw Earl Soham progress into the semi-finals as group winners, where they met Wetheringsett. In a well-matched game, Wetheringsett scored a super goal which saw them progress into the final.
Earl Soham then faced Stoke Ash, for 3rd place overall, but unfortunately were on the end of
a 1 -0 defeat. However, the spirit by all involved made it an afternoon where all children from all schools ended up as 'winners'.
Posted by Karl Pearce at 20:54