Close Encounters of the Peachy Kind 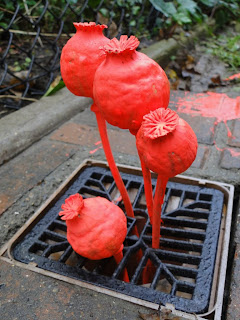 Following the strange events of Tuesday and Wednesday, yet another disturbing sight greeted Mr Pearce as he approached the hall yesterday morning. Growing from the very drain into which he had poured the bucket of cold water (in which he had doused his itchy, green-spotted head the previous day), was a bizarre pink-tinged plant.


A further surprise awaited on the hall computer - the creature, clearly getting to grips with its ICT skills, had left a message warning the headteacher to be more careful about where he emptied infected water in future!

He conducted a thorough site survey and talked at length with the headteacher about similar occurrences in Norfolk and Essex, before leaving to write a detailed report, copies of which can be requested from the school office. 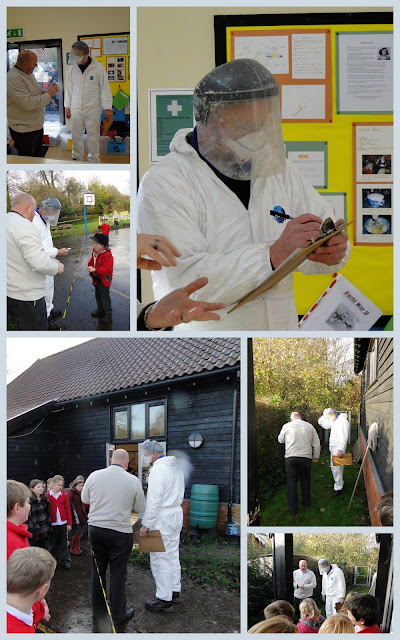 Based on similar experiences in other counties, there report suggested that the creatures were adversely affected by the cold, and that the sharp change in temperature and chance of snow was likely to bring an end to this unusual series of events.

They were proved correct this morning as when the children arrived in school, the peach had gone. All that remained was this note from the creatures who inhabited it. 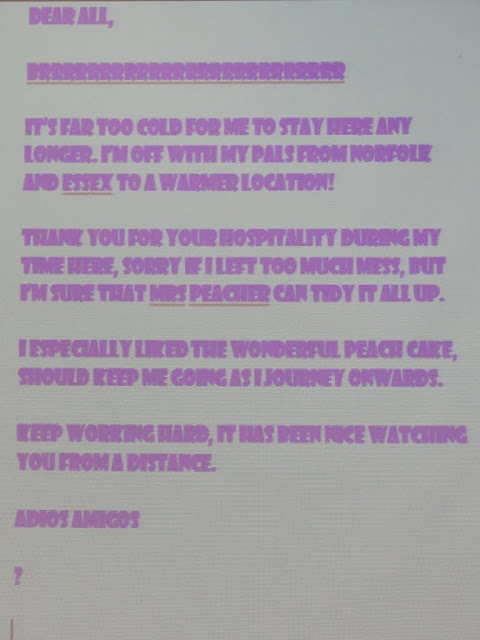