The 26 Earl Soham fans swelled the crowd at Portman Road to over 18, 000 on a rather mild autumn afternoon. Having taken their seats, an impeccable 2 minutes silence was observed by all.
Unfortunately, for those children experiencing their first ever taste of 'live' football, entertainment was rather lacking. Highlights did include the rather yummy hot chocolate and the rather nice mini hob-nobs which were being passed around. Still, there are some of us that are hopeful that we might get to see a win for the home side some time in the near future. 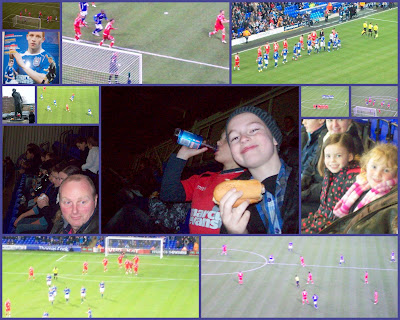