Having contested the county TAG Rugby final 6 weeks ago, today was the day for the remaining 4 county finals in U7 and U9 Gymnastics, Swimming and Hi-5 Netball. A large entourage set off from Earl Soham, taking various routes to Bury St. Edmunds where the finals were to be staged. Having gathered our thoughts the first two teams took part in their respective competitions of Swimming and U7 Gymnastics. There was simply superb action in both the pool and the hall with Earl Soham showing their true spirit by competing with much larger primary and middle schools.
The under 7 gymnasts performance to 'Skyfall' was simply great. This, along with their performances on the bench saw them finish a highly creditable 11th place out of 14 finalists. 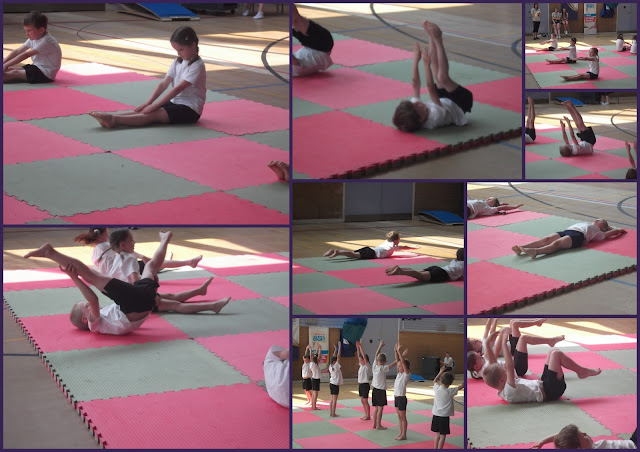 Even better was to come in the pool with a brilliant 5th place out of 16. It was a great squad performance but it would be unfair not to single out the tremendous individual achievements of two of our pupils who recorded the quickest times in the morning for the 25m freestyle. Fastest in Suffolk sounds good! 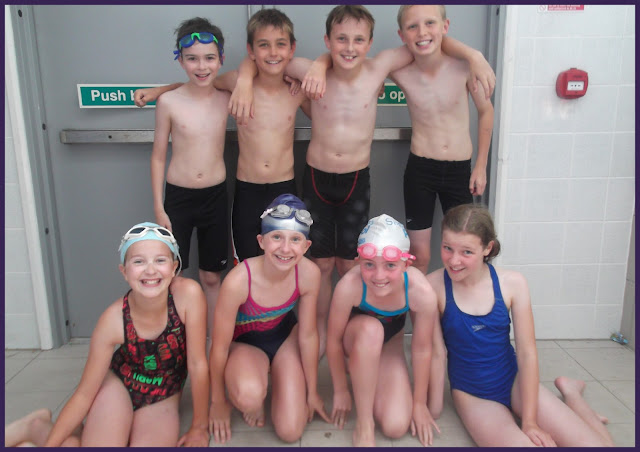 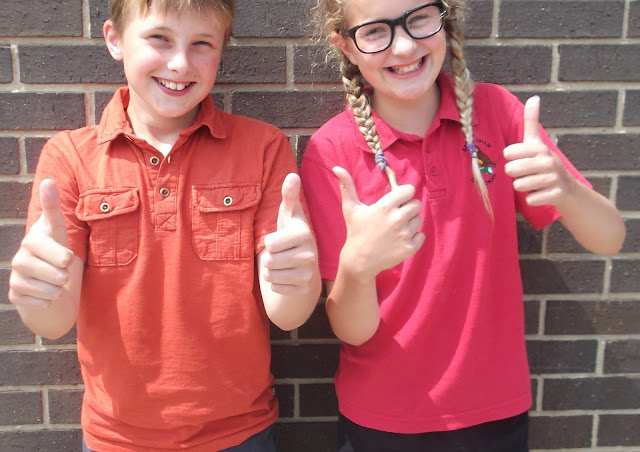 Back in the hall the under 9 gymnasts took to the floor and with a polished routine finished in the top 10, coming 8th out of 16 schools. 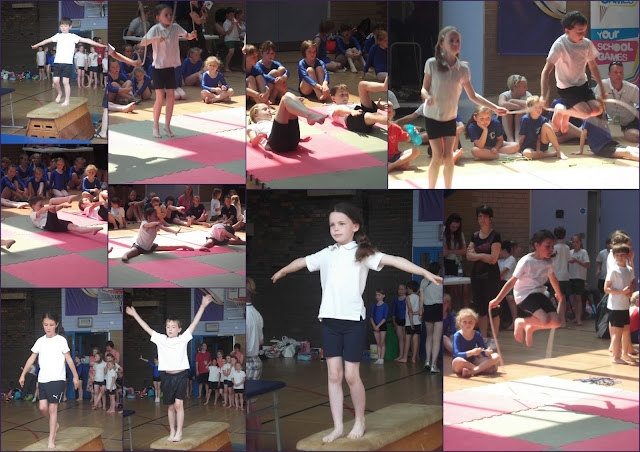 It was then on to the netball court. The games were fast and frenetic, lasting only 4mins each way. The squad of 9 was rotated (as per the rules) resulting in children swapping positions to ensure that all children develop an understanding of the different positions. The 12 entrants were split into two groups of six. Earl Soham remained unbeaten in their group (winning 1 and drawing 4) resulting in narrowly missing out on the semi-finals but a fantastic result of finishing 5th overall. What was also incredible was that 5 of these children had been part of the swimming competition earlier in the days and that 6 of them had had a late night yesterday after their exertions at DanceEast! 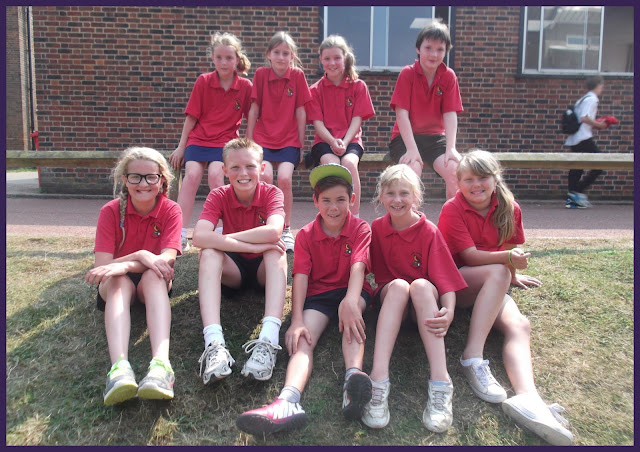 I'm not sure if the children realise how magnificent their achievements are - there are over 200 primary and middle schools in Suffolk! Reaching these finals is an 'awesome' achievement in itself. Not only did you take part, you really competed, with smiles on your faces and with the right attitude. As headteacher, I can't ask any more of you. Thank you to everyone for their efforts in enabling the children to have such wonderful experiences.
Posted by Unknown at 18:39