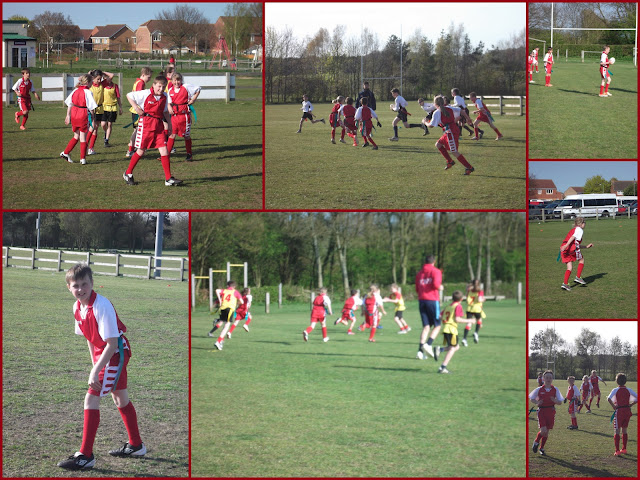 Having won their earlier area tournament, Earl Soham progressed to the TAG Rugby County Finals held at Stowmarket Rugby Club.
Earl Soham lined up in Leage One against Beyton Middle School. Westley Middle School and Hadleigh Primary School - unfortunately the 5th team in the league failed to arrive.
The Earl Soham eleven were superb up against oppoition from schools with hundreds of pupils. They played some fantatstic rugby with smiles on their faces throughout. Sadly three defeats resulted, but they were all hard-fought contests. To be honest, no more could have been asked of the children in terms of effort and skill in addition to the manner in which they accepted defeat being spot on.
Great support yet again, thank you.