A Trip to the Cinema 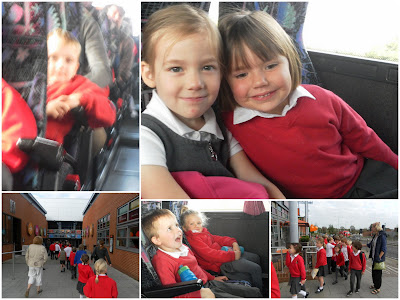 This morning, the whole school boarded two coaches and set off for Cineworld, Bury St. Edmunds. Having received free tickets to see 'The Zookeeper' via Film Education's National Schools' Week, everyone was in high spirits.
For many children, this was their first visit to the cinema, and it turned out to be a fantastic film. Most reviews do not appear to do this justice as the children laughed out loud at the antics of the animals and the 'unlucky in love' zookeeper, Griffin. Harsh old cynics like myself could see the way that the film was going and it was a delight for Griffin to finally realise that the girl of his dreams actually wasn't, in fact she was right by his side all along. The underlying messages of telling the truth, the importance of true friendship and being yourself (not what others want you to be) are quite subtle and refreshing.
The children were absolutely brilliant. It was time for the journey home...
Halfway through the return journey, one of the coaches developed a mechanical problem, reducing its speed to 25mph. Not good. Having pulled over into a lay by on the A14, the police were called who did a tremendous job in escorting us to the nearest service station. Whilst one coach returned to school for their 'cinema meal' the other coach ended up dining out in style at Burger King! It certainly was a birthday to remember for one young girl. 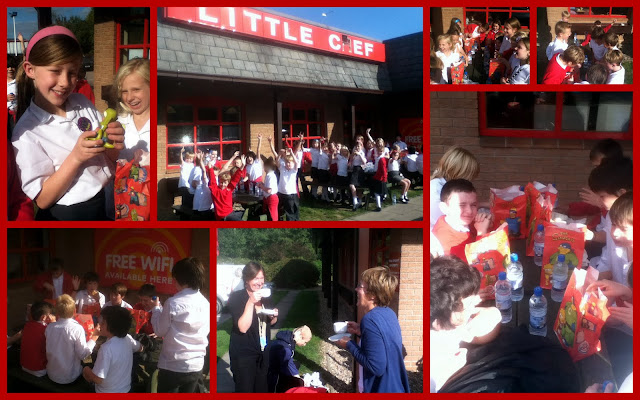 With the arrival of a replacement coach, we continued our journey back to Earl Soham. What an interesting day it had been. The children are to be highly congratulated, and thanked, for their behaviour during such 'interesting' circumstances. They've certainly got plenty to write about!
Posted by Karl Pearce at 19:03