On Thursday 1st April, staff and children enjoyed a day of April Foolery by dressing up in weird and wacky costumes. 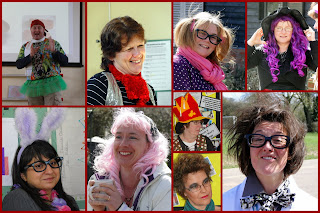 Unsuspecting children were "cruelly tricked" by their teachers. Children from yellow class were sent to see Mr Mansell for various unusual items, including "a round to-it", "tartan paint" and "a long stand".
And the children in Blue class fell hook, line and sinker for Google's latest services - "Google Translate for Animals" which promised to allow users to translate their pet's barks and miaows into English via their Android phone and "Google Store Anything" which would let them upload any item (ie. their car keys, or even the family dog) to Google's servers so you would never be without it! 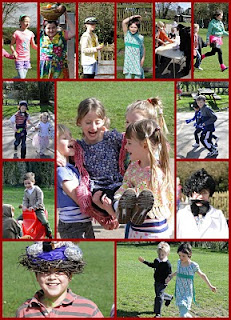 There was also a fantastic Easter Egg Hunt which saw the children working together to match clues to be rewarded with eggs. Everyone had a really enjoyable last day of term.