A new lunchtime club for children in Years 5 & 6 has recently started. Organised by the Fun At Breaktimes (FAB) team and Mrs Cardin, the first round of matches have been played. 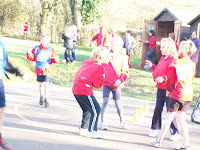 There are 5 teams of 4 who play on a round-robin basis. Games last for a total of 10minutes. 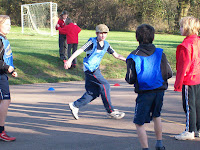 Tchoukball is an attack-minded team game with few rules which makes it a high-scoring and end-to-end game. 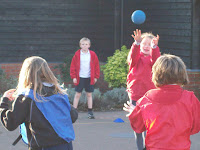 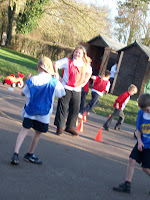 Teams: Pack of Aces, Bolt Champions, Terminators, Girl Power and Bat Girlz. Looks like everyone is enjoying this so far...
Posted by Karl Pearce at 14:49