On Monday morning, an unusual surprise awaited us in the school grounds. Over the weekend a creature unknown had visited the school and laid an egg in a break in the hedges, behind the train. This was no normal egg, however. Measuring nearly 60cm high and 40cm across, this egg was a monster! It quickly drew the attention of the all the children, having initially been spotted by two year five boys. The find was quickly cordoned off and the relevant authorities informed.

Back in the classroom there was much discussion about what kind of creature might have laid it. A second viewing led to further discoveries, including:
The children quickly surmised that the adult creature could be herbivorous, or omniverous, and great care was taken to keep a watch on the area in case she returned to the nest.

The local police put the school in contact with the National Museum for Strange Objects (www.nmso-london.wix.com/museum), who were quick to respond with advice on caring for the egg.

On Tuesday, the NMSO sent a scientist, Professor R. Turner, to pay the school a visit. He took a range of measurements, working out the circumference, temperature and viscosity, and used a special machine to x-ray the egg and record sounds from within. 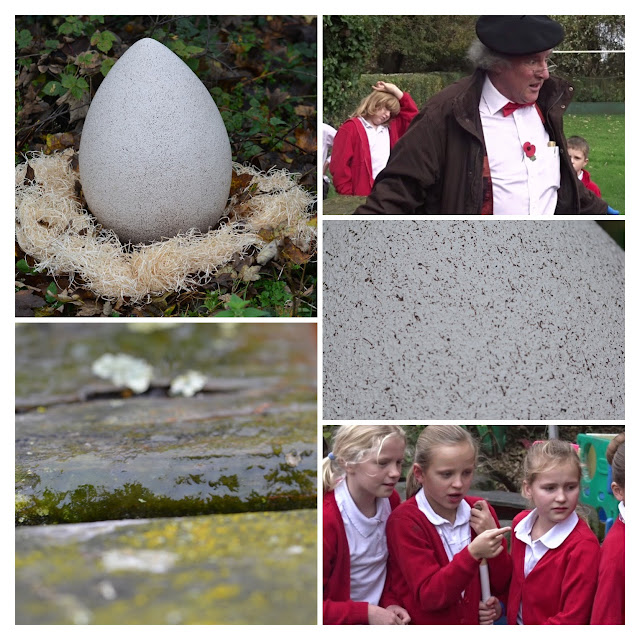 The local vets, Earl Soham Vets, also sent representatives to check the health of the embryo by listening in with their stethoscope. They were unfortunately unable to identify the species of animal that laid the egg, but gave good advice in keeping it safe until such time as it hatches. 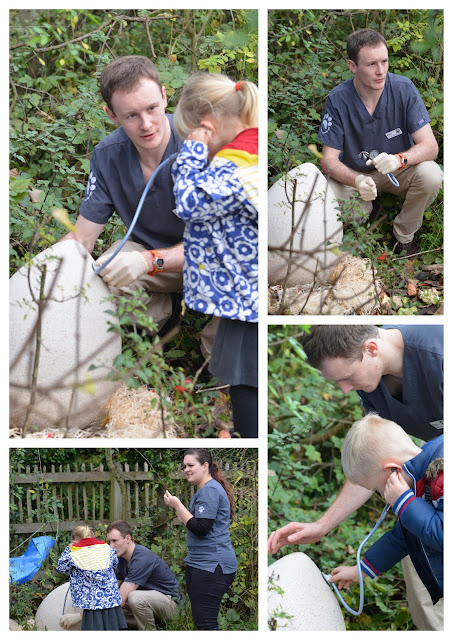