On Thursday the school voted for this year's School Council Chairman and Vice Chair. Each of the three candidates pictured below were asked to write a letter of application which they read out in assembly on Tuesday. They each made a series of manifesto promises and the rest of the school were asked to judge them on their speeches and their ideas. 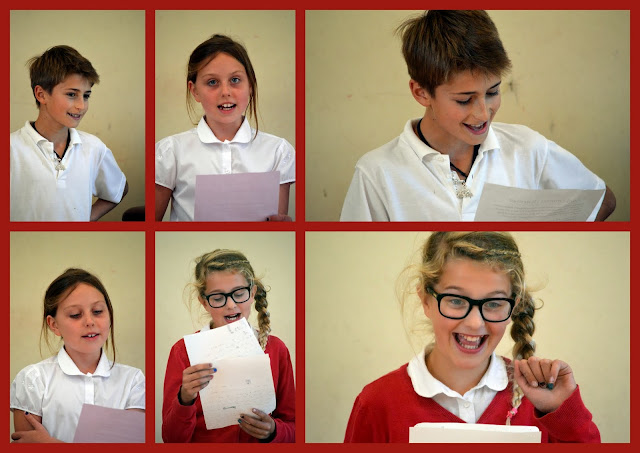 It was very tense as the votes poured in and the final tally was very close. With only one boy in year six this year, there was much talk about the possibility of a female Chair, but it was not to be. Our only year six boy took the role with 28 votes. With 23 votes, the position of Vice-Chair went to a young lady who only joined us last year and has clearly made a very positive impression.
Unfortunately not everyone could get the job, but the third candidate achieved an impressive 20 votes. Well done to all three of you for putting yourselves forward. The school looks forward to seeing the impact you will have this year.
Posted by Unknown at 15:41