This afternoon, two groups of children took part in the High Suffolk School Sport Partnership's Wake & Shake competition. The children had choreographed their own routines ready for the challenge ahead. 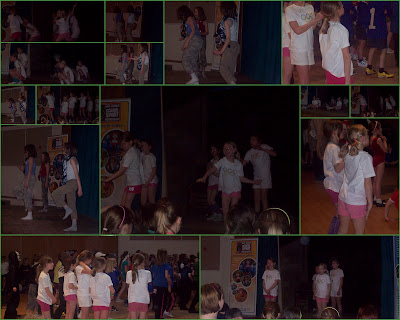 Wake & Shake is one of the initiatives developed by the Sport Partnership as an effective way of getting all pupils active at any time, any place and any where - as long as there's a DVD player!

The one of the groups from Earl Soham performed to 'They Don't Really Care About Us' by Michael Jackson with the other group performing to the 'Question of Sport' theme.

With over twenty groups on show, both groups from Earl Soham (from Years 4 to 6) performed with style, grace and a bit of oomph!

Well done to all for giving it their best and congratulations to the older girls who were judged to have finished in 3rd place.